We left Tampa at 7am, and got to Las Vegas 7 hours later. It's 3pm
local time and we just checked into Circus Circus. It is so classy!
There is clown art everywhere, and parts of the room are coin
operated. The entire downstairs floor is a freaky
clowncasinomallfoodcart. We're going to go eat! 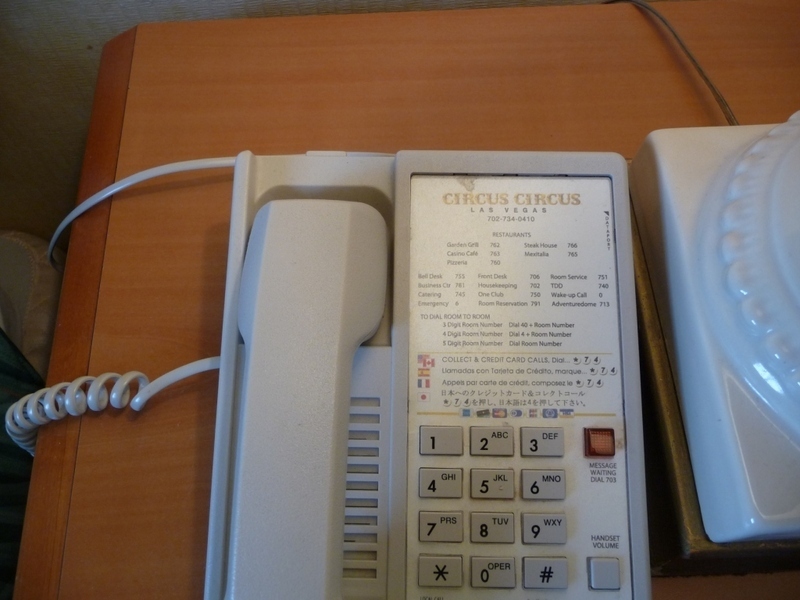 Update 1: See the last section below (The Code) for my Ruby code.

Update 2: Yes, I've written a server that acts just like the real one and will post the code soon.

Update 4: The official t400 server source has been released. 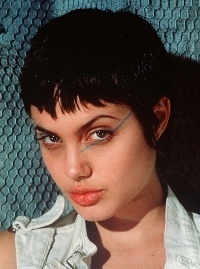 The pt400 challenge was a game in which you had to correctly rank a set of 71 famous people (including hackers in both senses of the word [e.g., Kevin Mitnick, Richard Stallman], famous coders [e.g., Knuth], cryptographers [e.g., Bruce Schneier], etc.). I'll call them all hackers for simplicity.

The game client was a simple Java Swing app called RankMe. You run it from the command line and it connects to the game server. Then, it presents two hackers and you have to pick the better one. If you pick the wrong hacker, the message "Better luck next time!" pops up and the game exits. The ranking of hackers was chosen by DDTek, I think somewhat arbitrarily, and is consistent from game to game.

The first thing I tried was to analyze the game traffic with Wireshark. This was pretty fail. There was no JPEG/PNG/GIF/BMP data in the stream, and no understanding of the protocol immediately came to me. I could have spent more time analyzing it, but instead I decided to decompile the client with JD-GUI (http://java.decompiler.free.fr/). This worked perfectly and gave me RankMe.java, which was easy to read and understand. I discovered how the game protocol worked by reading this code.

My strategy for winning was simple. First, I needed to get the outcome of a bunch of matches so that I'd be able to predict future matches. To do that, I implemented the protocol in Ruby in a class called Game which could connect to the game server and play games forever, collecting match results in a file called gamelog. (The Game class played stupidly, always picking the left picture.) The server was able to run about one round a second, and I had about 3,000 match results by the time I was ready for the next step. The match results (gamelog) looked like this:

The next step was to write an extension of the Game class called SmartGame which knew the results of all the matches and, given two hackers, could predict which one would win the match. Here's the prediction logic:

My original plan for SmartGame was to have it learn from the game as it played; however, it turned out that having a gamelog of 3,000 matches made this unnecessary. SmartGame was able to pick the correct hacker 100% of the time. It could connect to the server and win in less than 30 seconds (or maybe a little longer, but it was fast).

Update: I updated my code to learn from the game as it's played, just because it was an easy change.

Output of a typical run

The secret key was None hold a candle to Bessie the sh33p!

The code: Try it out

My pt400 solver is written in Ruby. It's messy. Sorry for the delay in putting it up. I meant to do it right after quals.

Check it out of Github (or just download protocol.rb and smart.rb). To run it, do this:

I was talking to someone today who knew about rsync's bandwidth control, but not about scp's. Yep, they both have it.

For rsync, you specify the bandwidth limit it KB/s.

My common usage is:

For scp, you specify the limit in Kb/s (kilobits vs. kiloBytes).

You can make SSH much faster with the ControlMaster configuration directive. When enabled, only the first SSH connection to a server will incur slow connection overhead. Each additional connection will simply reuse the first connection via a tunnel.

This is especially useful when using command-line completion over SSH (using zsh, for example). Using tab completion on a predicate like scp gibson:www/ht will result in a multi-second delay each time, but with SSH ControlMaster connections, the delay is sub-second.

Just add this to your ~/.ssh/config: 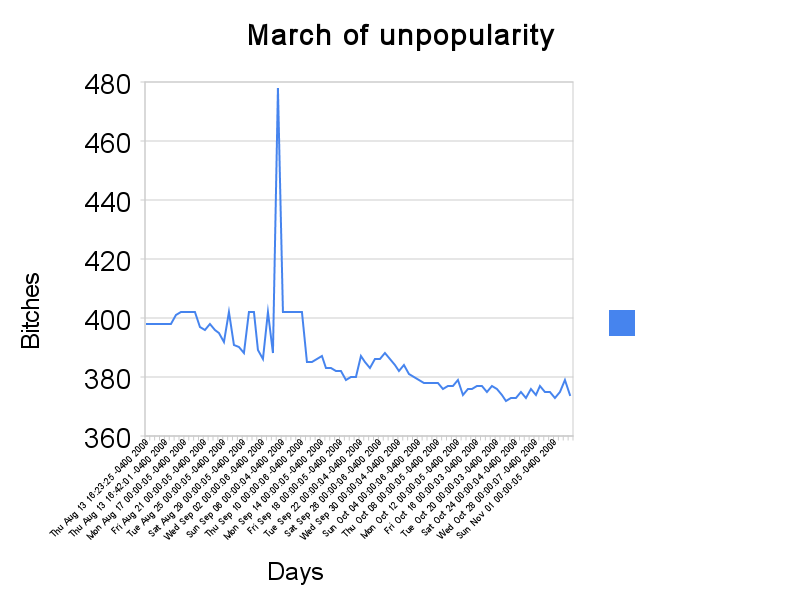 This is a method I use when working with slow ruby scripts that operate on huge datasets.

It caches the return value of a block of extremely slow code in a file so that subsequent runs are fast.