This post is catch-up from yesterday. We finally got an up-close look at some Ninja badges today. They are
crazy awesome, and the Ninja crew are geniuses at promotion. All their
members (and a bunch of their friends) have computerized badges
hanging around their necks which serve as party passes to tonight's
Ninja party, AND EACH BADGE IS A COMPLETE VIDEOGAME CONSOLE! It's sort
of reminiscent of Digimon, but with long-range wireless, and instead
of battling monsters, the players battle each other. There's also a
row of LEDs down one side of the badge that indicates which of 10
special achievements each holder has unlocked. Each Ninja badge holder also has an unlock code that will turn a
friend's regular DEFCON badge into a ninja party pass. People are
walking around begging Ninjas for unlock codes! It's pure promotional
genius. There's a picture of the badge below, and here is a Wired article: http://www.wired.com/threatlevel/2010/07/defcon-ninja-badge/ Other highlights from yesterday: Some amateur hair stylists were
giving mohawks for a donation of $15 to the EFF; DDTek's Wall of Sheep
featured real usernames, passwords, bank accounts, and proctology exam
results sniffed from wireless traffic; we met Int80 from the nerdcore
band Dual Core (he is extremely nice, and while he wouldn't sign my
boobs, he did sign my CDs); and we got to play with a real PDP-11
computer made before any of us was born. 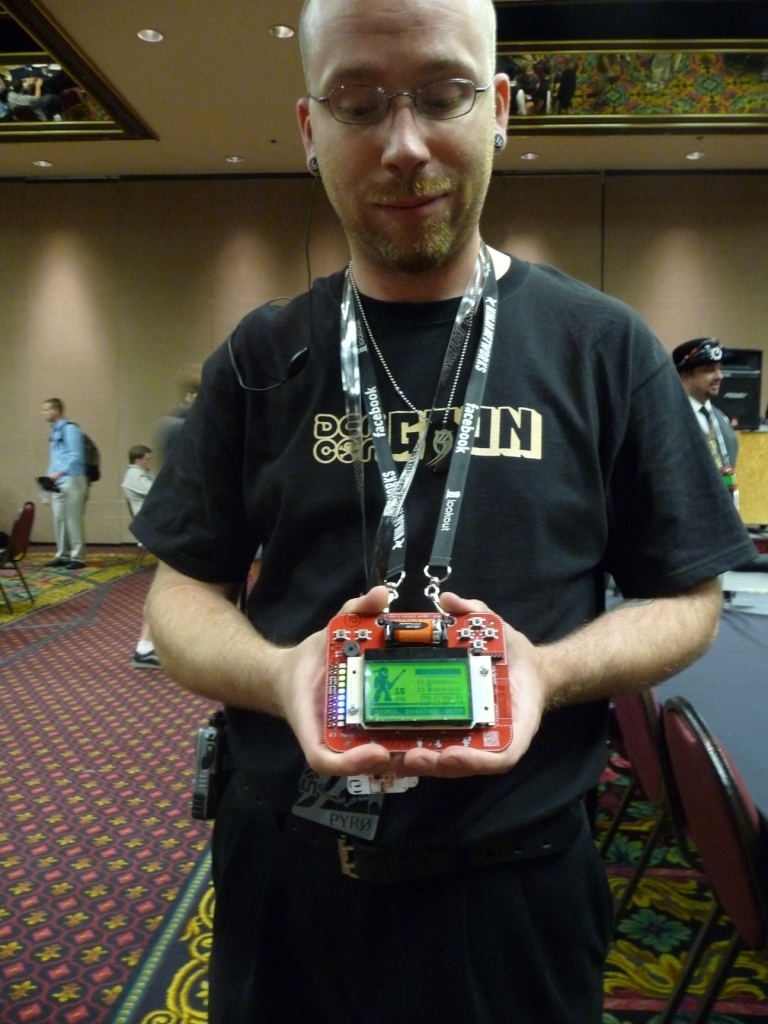