Last night we went to the EFF party in the Riv's penthouse. It was fun
-- and the $40 at-the-door "donation" extended my EFF membership for
another year -- but the venue was a little too big for the crowd.
Int80 from Dual Core did hilarious freestyle hacking rap. That got
things going. There was also a fundraising auction for the EFF
featuring Joe Grand, designer of the uber-sweet DEFCON 18 badges
(which are microcontrollers with e-ink screens). This morning actual DEFCON began. It is awesome! My favorite
presentation of the day was "How to build your own unmanned aerial
vehicle" (approximate title), which featured video of autonomous
electric planes (hobby-type foam planes) carrying computers, cameras,
WIFI sniffers, and even model rockets as mini Hellfire missles. I'd
like to get into UAV, so maybe I'll talk some people at Gainesville
Hackerspace into it. There was a good presentation on hacking Canon Powershot consumer
cameras. The guys reverse engineered the BASIC-flavored scripting
language that every Powershot camera has (and that's a lot of camera
models). They were able to have it record audio surreptitiously (at
least they hinted at it), write images to a card without the user ever
shooting them (great for incriminating people), and other awesome
things. The presentation style was really rough, but they did a good
job on the hacks. The coolest presenter of the day was Fyodor, creator of Nmap. He and a
collaborator gave a tutorial on scripting Nmap with Lua. He also
showed the results of scanning a range of Microsoft-owned IP addresses
with new scripts for the Nmap scripting engine. It was amazing that
the company that extols Windows' security had so many unsecured
machines. Fyodor has excellent presenting presence and is totally
hilarious. (Of course, his security clout acts as a 10X humor
multiplier.) There was much more today, but we have to go to the Hacker Pimps party now... 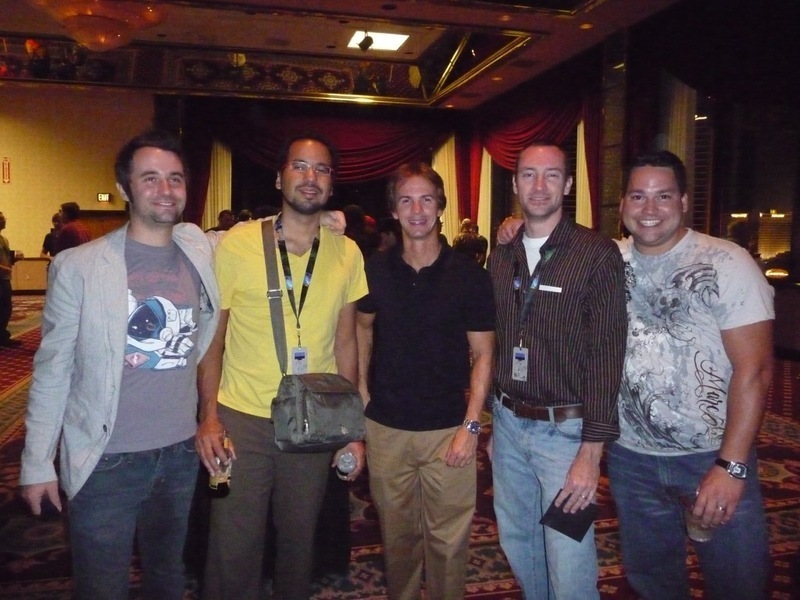